Netball is a team game which involves shooting a ball through a hoop. The team that scores the most points wins.

An Overview of Netball

Traditionally, Netball is a ball sport played by two teams of seven players. Games are played on a rectangular court with raised goal rings at each end.

The object is to score goals from within a defined area, by throwing a ball into a ring attached to a 3.05 metres (10 feet) high post.

Players are assigned specific positions (such as Goal Shooter, or Centre), which define their roles within the team and restricts their movement to certain areas of the court.

During general play, a player with the ball can hold onto it for only three seconds before shooting for a goal or passing to another player.

The winning team is the one that scores the most goals within the pre-defined time of play.

There are also variations to the traditional 7-a-side game these include:

Dependent on the club, coach and session. Taster sessions are often free; Netball Now, Back to Netball is a very affordable pay and play scheme if you don't want to commit to a club and full on membership.

Find Netball Activities Near You

Use the search below to find local activities near you.

Community Sport Hubs bring together sport clubs and key local partners who want to develop and grow the sporting offering in the community.

No one gets to choose how you exercise other than you. Your body, your call. And whatever that looks like, we think it’s worth celebrating. 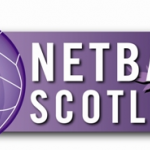 Set on the outskirts of the scenic Pollok Park, Hutchesons at Pollok Park is a purpose built, modern facility which is used by Hutchesons Grammar School and local groups all year round for a wide range of physical activities and events.

Shettleston Community Hub is a collection of sports and physical activity groups based in and serving the community of Shettleston.

Adult netball club based in the south side of Glasgow.

St. Angela’s Participation Centre (SAPC) is helping to embrace diversity and improve the lives of young people and their families in and around Greater Pollok